New York state is considering a legislation that would allow police officers to use new technology at accident scenes. 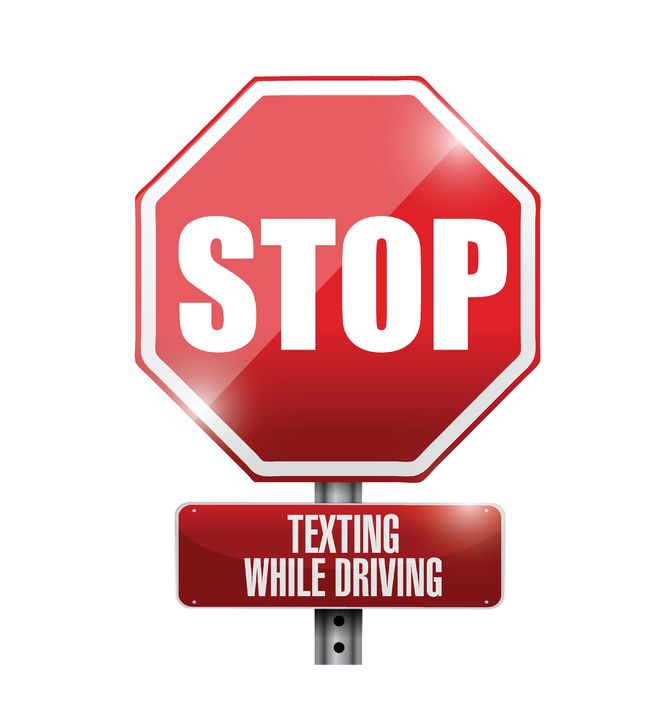 The device, dubbed “Textalyzer,” would help determine whether distracted driving was a factor in the crash. Tennessee and New Jersey are also considering similar laws.

Proponents of the Textalyzer say it would reduce needless deaths on American highways. Opponents of the device say it is a gross violation of privacy and constitutional rights. As with any new legislation, understanding the issue is an important part of making informed decisions.

What is a Textalyzer?

A sort of breathalyzer for cell phones, the Textalyzer device connects to smartphones to determine their usage in the minutes leading up to a crash. Officials at Cellebrite, the Israeli-based manufacturer of the device, say the Textalyzer does not provide personal details such as text recipients or message contents. Instead, the device registers app activity, screen clicks or swipes, timestamps, and whether a message was incoming or outgoing.

The Textalyzer can also tell whether a person is using hands-free technology to respond to messages. For example, a driver could prompt the smartphone to read messages and respond via voice-to-text without triggering a violation.

Why Is It Necessary?
The Textalyzer is a direct response to growing concerns regarding distracted driving. The National Safety Council’s data indicates that 1.6 million crashes occur each year because of cell phone use while driving. Texting and driving also causes over 330,000 severe injuries annually and is the leading cause of death among teenagers.

Public service announcements have high shock value, but they do not lead to lasting change. Updated laws impose fines and penalties for texting and driving, but distracted driving is often difficult to prove. To save lives and make roadways safer, something must change. However, it is still unclear whether the Textalyzer is a viable solution or another ineffective regulation.

There are still plenty of pros and cons to weigh regarding Textalyzer implementation – not just ethically, but legally. In fact, the Associated Press reported New York Governor Andrew Cuomo directed the Governor’s Traffic Safety committee to “examine the effectiveness of…this new and emerging technology…and thoroughly evaluate its implications” to protect the privacy and safety of New York residents.

Governor Cuomo is not the only person concerned by potential Textalyzer privacy violations. Professor Laurent Sacharoff, a criminal justice teacher and Fourth Amendment expert at the University of Arkansas, says the Textalyzer is a greater invasion of privacy than a breathalyzer and therefore needs stricter legal standards governing its use. He also believes any laws involving the device will eventually reach the Supreme Court. Here are a few of the issues he and other legal experts have raised.

Privacy Concerns
Proponents say the device is not an invasion of privacy because it only gives basic information. However, legal experts point out once someone unlocks a device, an officer is not limited to Textalyzer use and could browse photos or other personal information. The device also cannot indicate whether a passenger or a driver handled the smartphone – just that it was in use at the time of the accident.

Phone Records are Incomplete and Hard to Obtain
Textalyzer opponents offer the argument that phone records can prove or disprove cell phone use. However, it is not that easy. Obtaining cell phone records requires a warrant. New York state law says both a District Attorney and a judge must sign off on a warrant. Warrants also require proof, such as an eyewitness statement or video of the driver using a phone before the court can issue a warrant.

Phone records do not provide sufficient information. For example, only sent text messages would register. The record does not show when a driver is taking selfies or using other apps to communicate. Proponents of the Cellebrite device are quick to point out the Textalyzer covers these informational gaps.

Possible Fourth Amendment Violations
The fourth amendment provides US citizens with protection against unreasonable search and seizure of their “persons, houses, papers, and effects.” These rights extend to property, including cell phones. Advocates of the Textalyzer compare it to the breathalyzer, which measures blood alcohol levels, but does not provide information on specific drinks or the rate of consumption.

Opponents of the device argue that a breathalyzer analysis is necessary because blood alcohol levels decrease quickly. The faster an officer administers the test after an accident, the more accurate the results are. This is not the case with cell phones. Furthermore, Textalyzer legislation could attempt to force drivers to give up passwords or decrypt their phones – a move legal experts say is a clear breach of Fourth Amendment rights.

How Will Textalyzers and Trucking Mix?

The Federal Motor Carrier Safety Administration (FMCSA) already holds truckers to a higher standard through transportation industry regulations. For example, drivers who use hand-held phones or text while driving face up to $2,750 in civil fines. Carriers who allow these behaviors must pay fines of up to $11,000. Furthermore, distracted driving can cause truckers to lose their job.

If Textalyzer laws make it to the Supreme Court, they could be ruled unconstitutional for four-wheeler motorists. On the other hand, the higher standard of safety for truckers means the same law could be upheld for truckers. At this stage, however, such musings are mostly speculation. For now, drivers are advised to keep an eye on the situation and avoid distracted driving.

Tips for Avoiding Distracted Driving
Semi-truck accidents can turn deadly in a heartbeat. Keep yourself and others safe on the road by following these tips.

Alternatives to Legislation
Whether Textalyzer use will catch on remains to be seen. With over 1,000 injuries per day due to distracted driving, it is clear something must be done. The National Highway Traffic Safety Administration (NHTSA) is actively encouraging cell phone manufacturers to provide a lockout function for drivers, like ‘airplane mode’ for flying.

So far, Apple is the only manufacturer to make good on the suggestions. Apple’s iOS 11 features a ‘Do Not Disturb While Driving’ setting. Rather than giving the driver notifications, this feature will notify incoming callers and texters that the driver is currently on the road. Apple’s initiative is a step in the right direction, especially if Android follows suit.

In the meantime, residents of New York, New Jersey, and Tennessee can contact their state legislators to weigh in on the debate. Regardless of legalities, remember that avoiding distracted driving makes the road safer for everyone.