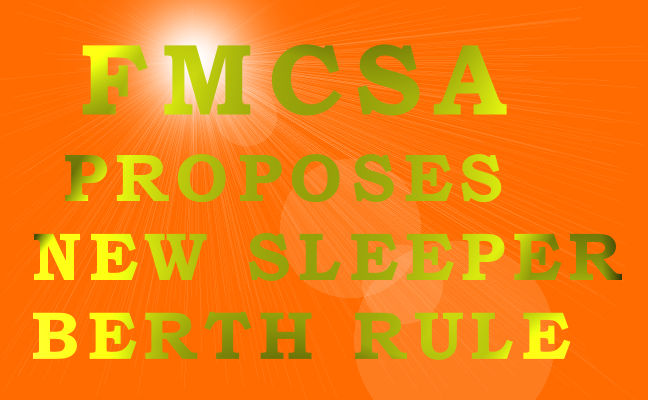 Current regulations require drivers to take at least 10 hours of rest per day, with at least eight consecutive hours of sleeper berth time. If hours of service requirements change to a split sleeper berth schedule, drivers would have more control over when and how they rest.

How the New Rule Would Change HOS Regulations

The proposed rule offers drivers more leeway. Drivers can still take 10 consecutive hours of berth time if they wish. However, they can also split berth time into periods of three and seven hours, four and six hours, or two equal five-hour periods.

Under current HOS regulations, her options are limited. She can take a three-hour break, but she must also complete an eight-hour sleeper berth period to restart the 14-hour window. This increases her mandatory rest time from 10 hours to 11 hours. If she allows an hour to find parking for the night, this leaves her with only three more hours to spend on the road.

Under the proposed split sleeper berth rule, the three-hour split does not increase her mandatory rest time. Instead, she can shorten her second rest period to seven hours, which effectively restarts the 14-hour on-duty period.

FMCSA proposed the study in response to data from 2010 and 2011 in-house laboratory tests that showed the negative effects of consolidated sleep during daytime hours. Participants who slept during daylight hours slept less and were more fatigued when awake. By the end of the work week, the same participants also registered higher blood sugar and testosterone levels. High blood sugar is a contributing factor in Type 2 diabetes. Testosterone is a male hormone that can increase aggressiveness in excess.

The study that FMCSA is proposing will help determine whether the new rule would have a positive impact on driver health. The theory is that increasing rest time flexibility will help drivers avoid excessive daytime rest and improve driver alertness. For example, a fatigued driver can take a four-hour rest break during the day to recharge, then finish with a six-hour rest time during evening hours.

Most laboratory sleep studies show that split rest breaks are either beneficial or have no effect on alertness. However, the breaks must be well-timed for split rest periods to work properly. The FMCSA will study real-world results to determine whether a more flexible sleep schedule would improve driver safety.

Participating drivers and their companies will consent to share several forms of monitoring data. The data collection methods include

The FMCSA hopes the data will prove whether split sleep schedules work well for drivers in real-world scenarios.

The agency plans to study at least 200 drivers from small, medium, and large carriers. Participants must use their sleeper berth on a regular basis. They must also have completed the North American Fatigue Management Program.

Participants will complete the study in 90-day cycles. FMCSA has allotted a minimum of five such cycles to gather statistically significant data. The study is slated to begin in February/March of 2018. Drivers who wish to participate in the study can go to Sleeper Berth Study to apply. You must fill out a questionnaire and provide written consent to be eligible for the study.

The wheels of bureaucracy turn slowly, and this most recent FMCSA action is the latest in a series of actions stretching back to the beginning of the decade. The agency has allotted a maximum of three years for the study. Even with a positive outcome, it may be several years before drivers see a regulation change. However, the proposed sleeper berth rule study is a step in the right direction for driver and highway safety in the trucking industry. 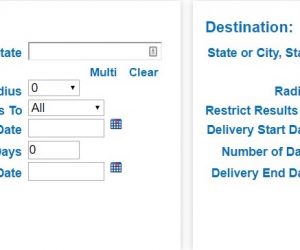 Landstar’s load board keeps drivers loaded and on the road. The online load board is easy for everyone to use and is equipped wi...
Read More