It would appear as if the FMCSA’s latest rules regarding electronic logs in all commercial vehicles is not making people within the industry happy. The Owner-Operator Independent Drivers Association attempted to get an exemption for several of its members on the new ELD rule. This exemption would be for five years.

The FMCSA has denied all requests to exempt these companies. The OOIDA, as well as most companies, has been an opponent of the new ELD guidelines, mandating that all commercial vehicles use electronic logs. They believe there are some instances where electronic logs do not serve the company well.

According to OOIDA, each company they requested receive an exemption was not classified the same as other companies. They were classified as small businesses, and each had a historically safe record with no at-fault crashes attributed to them. These are not major trucking companies with hundreds of drivers.

Many More Have Requested Exemption

OOIDA is not the only trucking group to ask for exemptions from the ELD mandate. Wilcox Truck Line also wanted a 5-year reprieve. The Truck Renting and Leasing Association requested one for trucks rented for 30 days or fewer. Still the FMCSA has only granted a few exemption requests so far.

OOIDA president, Todd Spencer, is not happy with FMCSA’s decision. “We are puzzled and disappointed at the response from the agency,” he said.

Yet, the American Trucking Association applauds the ruling. They are a major fan of the ELD laws and believe they only help making the trucking industry safer. They actively cheer on the new Hours of Service laws and had this to say about the ruling:

ATA is pleased that FMCSA has once again rejected an attempt to delay or subvert this important safety regulation. The specious arguments of ELD opponents have now been soundly rejected by the agency, by Congress and the courts and we hope that we can now move on the next phase of this issue: ensuring compliance with the ELD requirement and exploring common sense changes to the underlying hours-of-service rules, said ATA spokesman Sean McNally.

The Purpose of ELD Laws

The trouble with paper logs is they can easily be forged. Many truckers have gotten in trouble over the years for violating hours of service laws. There is a certain amount of time each day drivers can operate commercial vehicles. Most drivers get paid per mile, therefore, some might play around with their times to make it look legal and give themselves more time on the road.

Electronic logs were introduced as a means of ensuring these hours of service laws are being enforced. You cannot fake an electronic log, as the display automatically logs when the truck is moving and when it is resting. Still, there are many industries that feel they do not apply to the rules. Their operations would not fit under ordinary guidelines.

Even with this new mandate, Congress understands there should be some flexibility within the law. Hours of service regulations may be too strict and with the new ELD mandate in effect, are willing to look at the rules. That goes to show that many of these companies might have a point about the strict HOS laws.

For example, the Power and Communication Contractors Association is just one of the groups that petitioned for an exemption. They did so claiming that their drivers spend more time off-road at different jobsites and are not a traditional carrier. They spend less time on public roads and may have different drivers move the truck short distances around the site they are working.

While these groups and companies were denied, the FMCSA wants to make sure they put driver safety first. If the drivers are safe and abiding by these rules, that makes the public safer for everyone. This is true whether one operates at a work site or long hauls across the country. 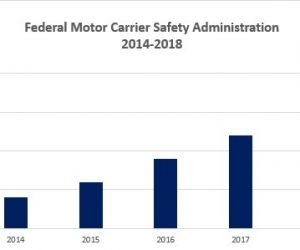 The role of the US Department of Transportation (DOT) is to make sure the system by which transportation is conducted in the Un...
Read More 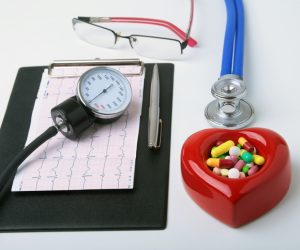 As of June 22, 2018, according to FMCSA, truck drivers will no longer have to carry a Medical Examiner’s Certificate (MEC) with ...
Read More