The role of the US Department of Transportation (DOT) is to make sure the system by which transportation is conducted in the United States is done so efficiently and safely. As new data comes out and technology is improved, the DOT will commonly update and reinforce rules and regulations as it pertains to commercial vehicles and how drivers operate them.

The DOT is especially strict with commercial vehicles. Violations of the law often lead to very severe punishments. These punishments can include fines, force companies to halt operations, or even lead to jail time. Fines for commercial drivers could easily set them back thousands of dollars.

As a commercial driver, it is your responsibility to drive within the parameters of the law. Trucking accidents often result in death and even millions of dollars’ worth of damage. Safety is why DOT takes the following rules and regulations seriously. There is a whole list of rules that drivers and carriers alike have to follow in order to stay compliant.

Some of the most frequent DOT violations include:

An Increase in DOT Violations

In an effort to maintain high standards, the DOT announced on November 26, 2018 they are going to raise fines for all trucking violations. This law will go into effect immediately and is designed to keep up with inflation. Drivers already feel the restrictions and fines are fairly high as is it.

The cost of fines has gone up as much is 1.02%. This ensures that violations will be hundreds of dollars more expensive than they were earlier in 2018. With this increase, it appears as if the DOT is on the path to break records for the amount of fines collected. The number of fines has increased over 200% in the last five years alone.

This graph shows the amount fines have increased since 2014:

Many of the typical fines you see are standard. Carriers and drivers alike are getting busted for falsifying logs, driving over allotted hours of service, and drug and alcohol violations. Some companies were fined thousands of dollars just for not having a random drug testing program. Another was fined $198,000 for false logs.

It is apparent the DOT is not playing any games. By increasing the cost of fines, they are hoping trucking companies are serious about ensuring their drivers are ready to be on the road. Only by doing this can the DOT make roads safer for commercial and private vehicles alike. 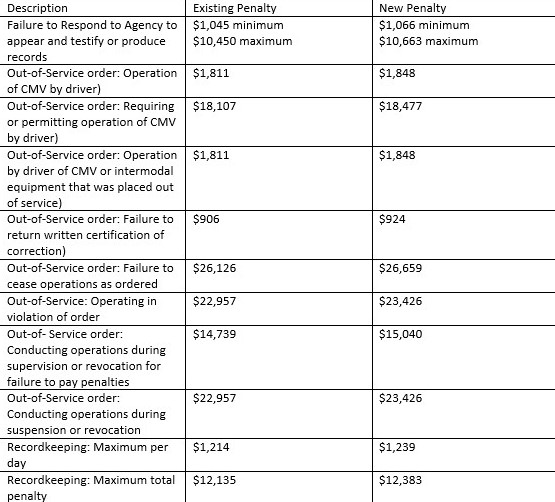 How to Avoid DOT Violations

To avoid a DOT violation, it is best to ensure that trucking companies and drivers are compliant with the DOT regulations. Ensure you are meeting all the regulations discussed in the CFR (Code of Federal Regulations) Title 49. These regulations can be found online at FMCSA.

The following are commonly violated regulations:

Some of these violations fall into the hands of the trucking company (drug testing and road safety), and others are at the cost of the driver (correctly filling out the driver log). By reading, understanding and complying with the DOT regulations this could reduce the chances of receiving a DOT violation.

As a trucking company, you should ensure all your drivers are aware of the laws and regulations before operating a commercial vehicle.

It would appear as if the FMCSA’s latest rules regarding electronic logs in all commercial vehicles is not making people within ...
Read More 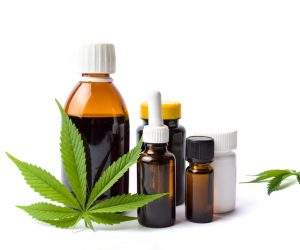 Can Trucking and Marijuana Coexist?