At the beginning of July, international crude oil cost lingered around $50 per barrel. 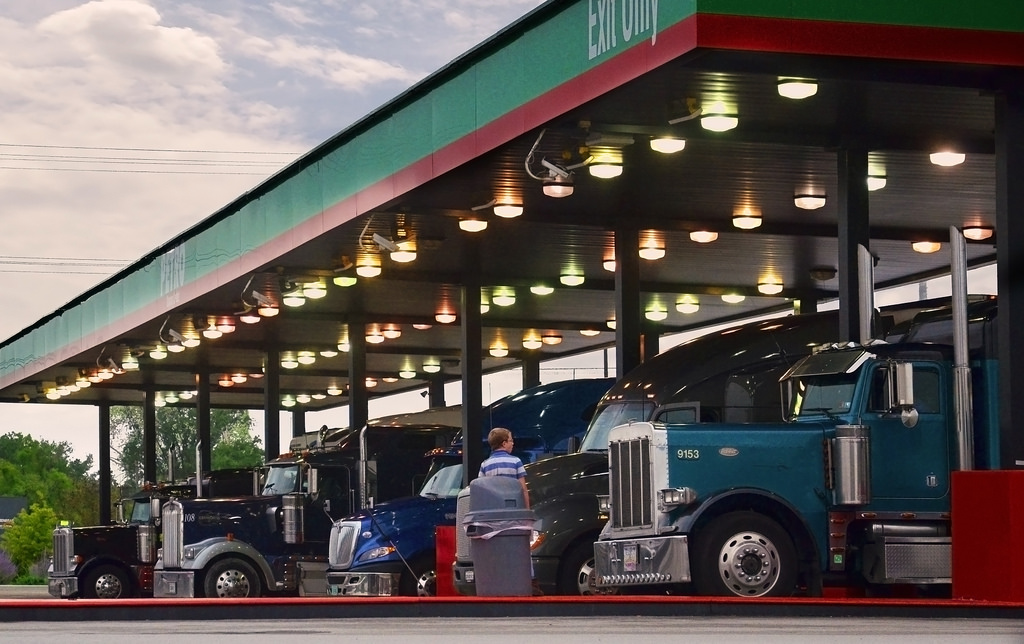 Domestic oil cost was still lower, prompting some analysts to predict lower pump price. However, global and domestic demand also played a part in fuel prices. Even though month-to-month rates showed a slight decline, prices for on-highway diesel still showed more than a 12 percent increase compared to the average price in 2016.

By the end of the month, the average diesel fuel price had climbed to $2.53 per gallon. This reflected a price increase in domestic crude oil, from $48 to over $50 per barrel. Contributing factors to the rising prices included: 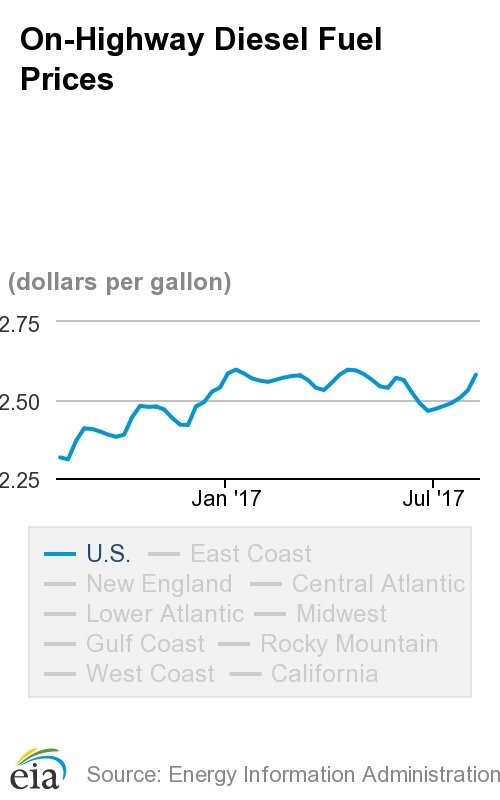 At the beginning of August, the average price of diesel jumped another five cents per gallon, the sixth consecutive price increase for this year. Although five cents per gallon may not sound like much to an average motorist, this adds up. A big rig can hold anywhere from 50 – 300 gallons of gas; sometimes even more.

To get a clearer picture of what these price increases mean for truck drivers, it helps to compare this year’s prices with the same month of the previous year. According to the Department of Energy (DOE), August’s price increase for diesel was 26.5 cents higher than last year’s prices. This means it costs a driver almost $40 more to fill up a 150-gallon tank than what it did last year. 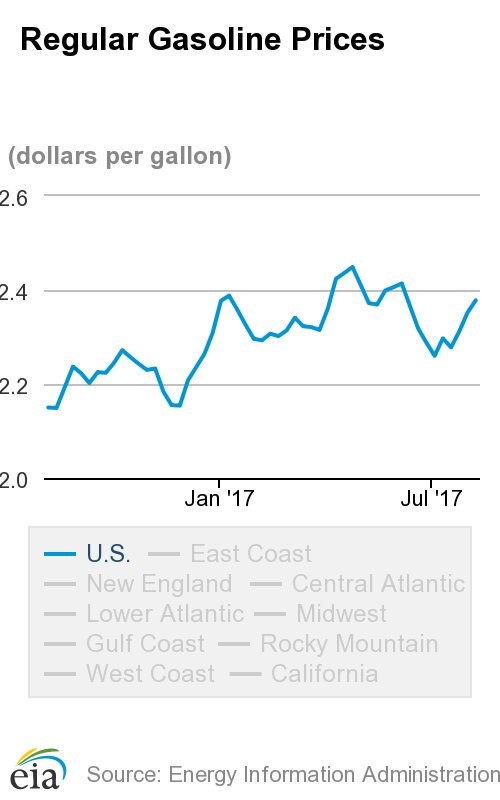 Gasoline Prices
Regular gas prices did not do much better than diesel. At an average pump price of $2.378 per gallon, the DOE’s Energy Information Administration says gasoline costs 22.8 cents more this year than it did last year.

Adding a hurricane to the rising trends in diesel fuel prices and you got a recipe for a massive price increase. That is precisely what happened. Hurricane Harvey’s catastrophic floods affected refineries in Texas that are responsible for anywhere from a quarter to a third of the nation’s fuel supply. Diesel prices soared by 15.3 cents, increasing the U.S. average price per gallon to $2.758. The price increase is the highest leap for diesel prices in 6.5 years.

Harvey’s Impact on Gasoline Prices
Regular gasoline also spiked, jumping 28 cents per gallon in just a few days. The affected refineries either shut down, or slowed considerably until workers could deal with Harvey’s floodwaters. Although refinery and pipeline operations were restored early in September, transportation remained an issue on flooded highways.

The Colonial pipeline, a significant fuel supply artery for the nation carries fuel to the South Eastern United States. The lower Atlantic region was struck the hardest by the fuel shortage; the highest spike in gas prices was almost 41 cents per gallon. The East Coast saw an increase of 38.6 cents per gallon, while the Gulf Coast prices rose 35 cents per gallon.

Anticipation of Hurricane Irma drove gas prices in Florida even higher. Many of the gas stations within the state use a just-in-time delivery model, with fuel deliveries arriving an hour or so after the station’s fuel tank signals low gas levels. Weather experts predicted that the category five storm would devastate most of the peninsula.

Panicked residents bought gas wherever they could. Since Florida does not have any refineries, the fuel must be brought into local ports, then transported via a network of big rigs and tankers. The unexpected demand led to 4 to 5-hour delays between refuelling trucks; leaving many stations with no fuel for extended periods of time.
By September 6th, gas prices had reached $2.71 per gallon, an increase of over 40 cents from the previous year. In a bid to ease the shortage, the Environmental Protection Agency temporarily removed restrictions from off-road diesel. This allowed drivers to utilize fuel generally reserved for farm-use to fill their vehicles.

By September 6th, gas prices had reached $2.71 per gallon, an increase of over 40 cents from the previous year. In a bid to mitigate the shortage, the Environmental Protection Agency temporarily removed restrictions from off-road diesel. This allowed drivers to use fuel normally reserved for farm-use to fill their vehicles.

Prices Drop with Storm’s Intensity
However, the storm was not as severe as some feared. Irma lost steam as it hit the Northwest coast of Florida. Meteorologists predicted the storm would further downgrade to a tropical storm, then a tropical depression. Although some roadways may still be affected, experts no longer expected widespread devastation.

Florida’s lack of refineries may be contributing to increased demand and temporary price surges, but it may also serve as an unexpected blessing. Since oil processing and production do not take place within the state, flooding will not impact the nation’s ability to refine oil.

An Optimistic Future
Another positive note is that crude oil prices are falling as refineries in Texas come back online. Although it will take some time for the nation’s oil reserves to catch its breath after Hurricane Harvey, prices should return to normal.

However, both diesel and gasoline prices will likely decline more slowly than they rose. Expect to see the price drop a few pennies each week until the rates reach pre-storm levels. 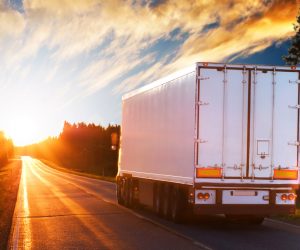 Roadrunner Laid off 450 Employees and Do

On September 30th, Roadrunner officials, based out of Downers Grove, Ill, made the announcement to their drivers and th...
Read More