As the forty-fifth President of the United States begins his first term, change is coming. 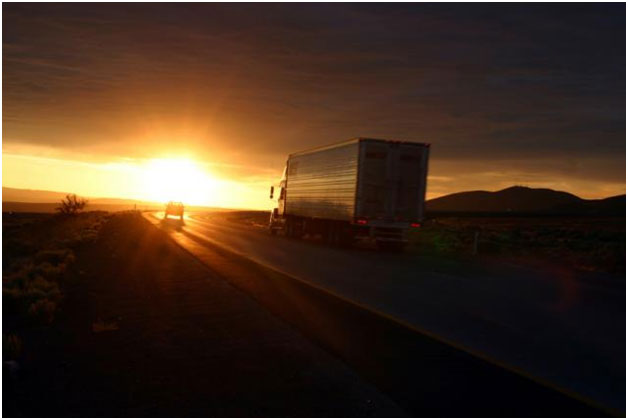 Regulatory reform was one of the widest planks in President Trump’s election platform. So far, majority of his executive orders, actions, and memorandums have addressed border security, immigration, and the nation’s energy supply. However, he is taking steps toward keeping his campaign promises to decrease regulation. Some of these changes could affect the trucking industry.

Executive orders and regulation reform
An executive order issued February 24th requires every government agency to form a Regulatory Reform Task Force. The task force’s primary duties are to evaluate existing regulations and recommend the repeal or modification of burdensome rules. A second order instructs agencies to abolish two old regulations before introducing a new one.

It is not yet clear how these orders will impact the trucking industry. However, rules that will have the greatest effect in the future will likely be reviewed first. Here are seven rules to watch in 2017 in the trucking industry that could have a significant influence.

The Federal Motor Carrier Safety Administration (FMCSA) announced a final rule regarding the use of Electronic Logging Devices (ELDs) in December 2016. The rule requires the use of ELDs in trucks with a model year of 2000 or newer that are used for interstate commerce.

Supplier requirements
The ELD mandate also affects device suppliers. Each ELD must meet technical specifications. The manufacturers must also certify and register their devices with FMCSA.

Projected outcome
The Congressional Review Act of 1996 gives Congress the authority to roll back regulations enacted within 60 legislative days. Since legislative days only count when Congress is in session, the actual rollback period can span six months or more. However, the ELD mandate came into being under a GOP majority in 2012, so a Congressional rollback is unlikely.

The carbon dioxide limits apply to trucks and tractors with model years from 2021 to 2027. For model years 2018 to 2027, the overall limit includes trailers as part of the entire vehicle.

Possible rollback
The rule is not congressionally mandated; federal agencies instituted it. Congress could issue a rollback or adjust the compliance period. This is yet another rule that may come under scrutiny due to the Trump administration’s regulatory reform.

A flaw in the previous legislation put the 34-hour restart rule in jeopardy. In mid-December, President Obama signed a bill that included language designed to fix this error permanently. Congress passed the Continuing Resolution (CR) to avoid a government shutdown at the end of the year.

According to the CR provision, the Department of Transportation (DOT) must follow the “existing 34-hour restart Hours of Service (HOS) rule for truck drivers” if the report on the rule does not meet Congressional criteria. Essentially, the CR reinstated the restart rules in effect before July 2013.

Possible elimination
A mandated DOT study evaluating the effectiveness of the 34-hour restart is still underway. The criteria for success or failure is strict. If the study finds that some of the restrictions do not provide distinct health and safety benefits for drivers, the entire restart could be thrown out.

Although the fate of the HOS restart hinges on the outcome of the study, there is another possibility. The DOT Regulation Reform Task Force could recommend modifications to the 34-hour restart regulations.

In May 2015, the Supreme Court upheld a California law that required a paid 10-minute rest break per four hours of work and a paid 30-minute meal break every five hours for truck drivers. Since then, trucking lobbyists have been requesting a congressional provision to keep states from enacting their own meal and rest break regulations for drivers with a commercial license. The provision would also prevent states from requiring trucking companies to pay drivers specific types of extra compensation, such as detention pay.

Weighing pros and cons
In 2016, these proposed changes failed three times. With a new administration in office in 2017, trucking lobbyists are trying again. If they succeed, it could cut significant amounts of red tape, especially for long-haul drivers that often cross multiple state lines in one trip.

On the other hand, the U.S. Constitution grants specific powers to the federal government and bestows any remaining rights to the individual states. Banning state break and payment provisions for truck drivers is a balancing act between common sense deregulation and violating state rights.

A Food and Drug Administration (FDA) final rule is aimed at reducing food safety risks will take effect on June 6th. The initial deadline is for carriers that generate more than $27.5 million per year and private fleets of more than 500. Smaller carriers would have until June 2018 to comply.

The standards apply to food for both human and animal consumption. It addresses issues with improper refrigeration and deficient cleaning between loads. Drivers will have to monitor temperature and humidity levels inside reefers, dry trailers, and vans when transporting specific perishable foods for humans or animals.

The FDA will be the rules primary enforcer. However, state DOT inspectors may help enforce food safety regulations after becoming more familiar with them.

In August of 2016, FMCSA and the National Highway Traffic Safety Administration (NHTSA) jointly proposed a rule requiring speed governing devices for heavy-duty vehicles. Each new vehicle would be manufactured and sold with a device set to a specific maximum speed. The device would have to register the current setting and keep a record of the previous two settings via onboard diagnostic connections. Carriers would be responsible for maintaining the device if the vehicle was in service.

Progress
Thus far, none of the agencies involved have proposed a speed limit. DOT has suggested discussing the benefits of using a maximum speed of 60, 65 or 68 miles per hour. The agency also promised to “consider other speeds based on public input.”

Public interest
The proposed rule has generated significant interest. When comments closed on December 7th after a 30-day extension, the rule had garnered over 5,400 comments. Given the public interest and number of scenarios to consider, it is unlikely that this issue will progress quickly. Any enacted rule would also have to address the specific setting for the speed limiters.

Last fall, FMCSA proposed changes to Compliance Safety Accountability (CSA) standards. The proposal would change how carriers are scored in the Crash Indicator BASIC. BASIC scores are a little like golf scores: zero may not be possible, but lower is better.

The Trump administration could also take a second look at FMCSA’s Safety Management System (SMS). Trial lawyers frequently use SMS as evidence of driver negligence. Many Republican legislators favor tort reform, making SMS an ideal target for regulatory overhaul. In comparison, Democrats tend to favor the victim’s right to sue in an accident.

Deregulation can cut through red tape, but proper oversight and public safety are also important. This year will bring significant changes, but it is still tough to tell which ones could have the most impact on the trucking industry. 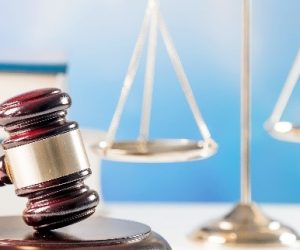 In the trucking industry, we begin to reflect on the different changes that occurred in 2018. The electronic logging device (EL...
Read More