The voluntary 34-hour restart rule is a way for truckers to reset their workweek. The reset helps drivers comply with the federal DOT Hours of Service (HOS) regulations. 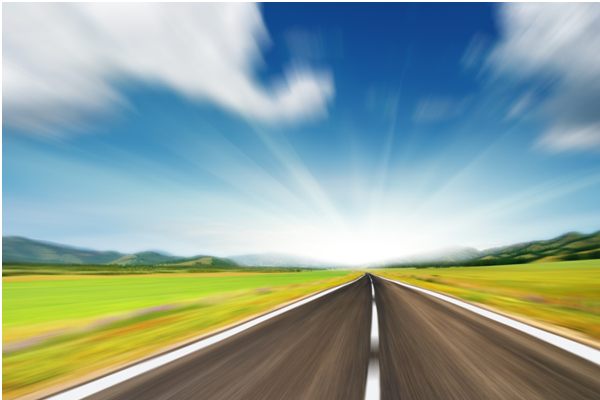 Current hours of service rules say drivers can work no more than 60 consecutive hours in seven days or 70 consecutive hours in eight days. If a driver has several long workdays in a row, their work time may be limited later in the week. Taking a 34-hour off-duty period restarts the driver’s workweek to day one.

Driver fatigue is a major factor in fatal accidents. The Federal Motor Carrier Safety Administration (FMCSA) conducted studies on driver alertness. They learned that the peak hours for driver fatigue were between midnight and 5 a.m. Also, driver fatigue increases with hours spent on the road. To reduce fatigue-related deaths and injuries, the (FMCSA) implemented hours-of-service regulations.

A lot of controversy and confusion surround the 34-hour restart rule. The rule has been through multiple versions, partially suspended, and threatened by unclear language in a federal appropriations bill. The language enacted in July of 2013 mandated a 34-hour rest period after 70 hours of on-duty time in one week. Under 2013 rules, the rest break had to include two consecutive overnight periods (defined as 1-5 a.m.) Furthermore, truck drivers were only allowed to use the 34-hour restart once every 168 hours.

The 168-hour driving limit and overnight period provisions were suspended from December of 2014 until the end of September 2015. Congress ordered the FMCSA to conduct a study to see if the 34-hour restart reduced driver fatigue. The suspensions remain in effect until the results of the VTTI study are made public.

Currently, truck drivers have unlimited use of the 34-hour reset. The rest break does not have to contain two overnight periods. The 34-hour period may include sleeper berth time, consecutive off-duty hours, or a combination of both. However, drivers must still comply with all other HOS regulations.

Many drivers have mistaken ideas about the 34-hour rule, perhaps because of the seesawing on the issue. Contrary to popular belief, drivers do not have to spend any of the 34 hours at home. However, you may spend part or all your break at home if desired.

The 34-hour reset is not mandatory either. It is completely voluntary. Drivers may use it at their discretion to prepare for a long work week.

A policy rider attached to a 2015 spending bill almost wiped out the 34-hour reset. The poorly written rider accidentally added requirements to the study Congress ordered. The wording also removed a provision that detailed which version of the 34-hour rule to use, based on the study results. Removing the rule could severely restrict driver hours, leaving the faulty language in place was not an option.

The trucking-specific provision keeps the existing 34-hour reset rule in place, provided the Virginia Tech study does not meet Congressional criteria for change. In other words, the study must prove that the suspended provisions provide more benefits than the relaxed version of the rule. If it cannot, the stricter requirements remain suspended, and the current version stays in effect.

Latest on the 34-Hour Restart Rule

Whether the Resolution settles the issue depends on who you ask. The American Trucking Association (ATA) says yes. The organization insists the new legislation permanently removes both the dual consecutive overnight period and the once-per-week limit for the 34-hour restart.

The FMCSA disputes these claims. Agency representatives insist that a final solution must follow the letter of the law. It all rests on a single technicality. When Congress ordered the study, the result awaited the study’s public release.

Scientific studies must undergo rigorous peer review before the science community accepts the results as fact. Although the study is complete, it is currently undergoing the review process. Since the findings have not been made public, FMCSA officials insist the issue remains unresolved.

The ATA remains confident that the suspended provisions are permanently dismissed. Officials cite the Continuing Resolution language, which places the burden of proof on the Virginia Tech study. According to the Resolution, the study must show “statistically significant improvement in all outcomes.” The areas addressed include driver health, longevity, fatigue, work schedules, and safety. The provisions cannot be reinstated if the study cannot prove a positive connection between the suspended provisions and all these areas.

Since it is unlikely that the 34-hour reset study will meet the required criteria, drivers can continue following the current rules. If you are using a 34-hour restart, it is important to log your time correctly. Make sure the times you enter use the same time zone as your home terminal.

The 34-hour rule can be an efficient way to get on the road again without violating HOS requirements. Use it to your advantage. Several companies offer electronic logging apps to help you track your 34-hour restart. Although they may not satisfy the electronic logging device mandate, they can help you accurately record breaks and on-duty hours.

What are the vacation policies at Landstar? How many days are given for vacation per year?

What benefits does the M.U.S.T Program offer?

Being involved in the M.U.S.T Program has many benefits. These benefits include: Lower shipping costs for the custome...

How does Landstar ensure safety to customers?

The M.U.S.T Program was first introduced to help Landstar’s safety team, and customers ensure safety for the driver and shipper....

The Landstar Contractors’ Advantage Purchasing Program is offered to all owner-operators to help with discounts on tires, fuel, ...

Does Landstar aid with truck and trailer insurance?

Yes. Landstar does help owner-operators with insurance for your truck and trailer....

What are the vacation policies at Landstar?

Are there requirements on how long a driver must stay out on the road?

At Landstar, we are 100% non-forced dispatch. This means you can take any type of load you want, and you can return home at any po...

Does Landstar offer BCOs help to save money on fuel?

Landstar offers the Landstar Contractors’ Advantage Purchasing Program (LCAPP) to all Landstar BCOs to save money on their fuel ...

What driver support does Landstar offer their drivers?

Building strong, reliable, and long-term relationships is what makes Landstar the trucking success that we are. At Landstar, we pr...

What are the minimum tractor or trailer equipment requirements at Landstar?

Does Landstar Lease on Team Drivers

How many miles is considered OTR experience?

To have the OTR driving experience truck drivers must have at least a 500mile radius one-way trip and have snow and ice drive expe...

Can a fleet owner with Landstar manage a fleet of drivers?

Yes, when signing up with Landstar trucking industry as an owner operator you can be the fleet owner. However, if you are not a tr...

What are the benefits of Landstar?

If you lease with Landstar trucking company, the benefits are: Landstar pays the cargo insurance, you’ll have opportunity to boo...

Do I need to own my own truck to work for Landstar?

To sign on with Landstar trucking company as an owner operator, you will need to have your own truck. However, if you do not, you ...

What are the Landstar driving requirements?

If an owner-operator is employed with Landstar trucking company, they would need to meet all the minimum requirements. Once these ...

We are 100 percent Non-forced Dispatch, employees have the opportunity to have flexible schedules and can pick their loads and cho...

What is the Landstar age requirement?

To become an owner operator, independent contractor, or a commercial driver with Landstar trucking company you must be at least 23...

Is Landstar responsible for a trailer?

Landstar trucking company pays the insurance, upkeep and maintenance on the trailer. There is no rental fee for leasing a van. How...

Would a 2005 Freightliner be acceptable to haul for Landstar?

Does Landstar trucking company use electronic logs or paper?

Yes, Tractors must be capable of functioning with Landstar-approved Electronic Logging Devices (ELDs)....

What are the Landstar region rules?

With Landstar as an owner operator you can run regional. Keep in mind Landstar trucking company is non-forced trucking industry. T...

What states does Landstar hire owner-operators for trucking jobs?

Landstar is hiring owner operators and truck driver teams for all 48 states including Canada and Mexico....

What states does Landstar run in?

Landstar has owner operators running in all 48 states including Canada and Mexico....

How long is the employee orientation process?

The orientation program is the last training session to becoming a Landstar BCO. This 2-day event runs Monday, Tu...

What is the Landstar age requirement on truck and trailer?

There is no age restriction on the tractor; it must pass a Landstar certified DOT inspection. Also, Landstar Trucking Industry has...

Can I get plates, truck insurance, and accidental work injury insurance through Landstar?

Landstar trucking industry does have prepass; it’s around 7 dollars a month. Tolls are the responsibility of the owner operator....