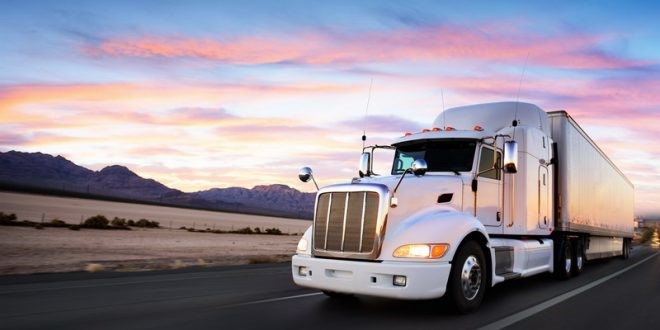 On one side of the debate, drivers assert their legal right to carry firearms for protection, especially in dangerous metropolitan areas like Chicago or Detroit. On the other side of the issue, trucking company policies and a complex network of state and local laws make it difficult for truckers to carry guns for protection. Regardless of where opinions fall on this topic, one thing is clear: this is not a simple issue.

The Case for Carrying Firearms

Most drivers agree that between the parking shortage and Hours of Service (HOS) regulations, good parking is hard to find. The lack of a safe space for truckers is a major factor in driver killings. According to data from the Bureau of Labor Statistics, 27 drivers lost their lives between 2010 and 2015. Of those 27 deaths, 12 occurred when the on-duty driver was parked on a street, local road or highway. Another seven drivers lost their lives in parking lots or garages owned by someone other than their direct employer.

Planning for Safer Parking
Some veteran drivers point out that much of the danger is avoidable with careful planning. Investigating safe parking spaces before starting your route helps you avoid illegal parking and the hazards associated with it. A two-hour parking window and being willing to pay for reserved parking are some of the suggestions offered. Since many of the trucker deaths took place in unsafe areas, there is merit to taking this approach.

However, even truck stop parking is not always safe. On March 8, 2016, Piotr Pietrzykowski paid $13 to park his big rig at the Mustardseed Truck Stop in Sumner, Washington, just off Highway 167. He never left. Sometime during the night, the 52-year-old driver was stabbed to death. Pietrzykowski’s violent murder never made the national news. The case remains unsolved over a year later. This tragic incident is only one of the reasons that truckers frequently carry guns, tasers, a baseball bat or a heavy flashlight to defend themselves.

There are no national laws that prohibits truck drivers from carrying firearms, and drivers can apply for a permit within their state. 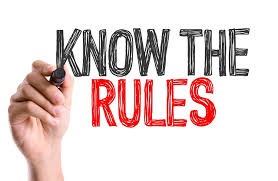 However, truckers who move across state lines must comply with tougher state and local laws. To make matters more complicated, some state permits are honored across state lines while others are not. For example, a Missouri firearm permit is valid in neighboring Iowa, but not in Illinois.

In addition to shifting laws across state lines, counties and municipalities such as St. Louis or New York City can impose their own requirements. The result is a complex web of legal requirements that gun-carrying truck drivers must navigate.

Mike’s Law
An initiative proposed in 2015 could have changed everything. Mike’s Law was named for Michael Boglin, a driver who was murdered in 2014 while parked next to an abandoned building. The bill would have created a national law allowing eligible drivers to carry guns across state lines. Although Senator Marco Rubio sponsored the bill, no one was willing to co-sponsor it. It also failed to receive support from gun rights organizations like the National Rifle Association (NRA).

According to the bill’s author, James Lamb, chairman of the Small Business and Transportation Coalition, the NRA did not support the bill because it singled out truckers. The organization supports gun rights for all Americans, not just truckers. Another potential pitfall involves constitutionality. The US Constitution states that any rights not specifically reserved for the Federal government belong to the states. The bill could be an infringement of states’ rights. Any further legal proposals for a national trucking gun law would need significant support from congressional members and gun rights organizations.

Additional Hurdles to Trucking with Guns 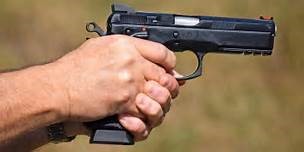 Many trucking company policies prohibit or limit gun use. A major reason for this stance is insurance coverage. Insurance companies may charge extra for or exclude firearm damage from their policies.

Another possible reason for companies prohibiting firearms in their trucks is a lack of adequate safety training. There is no standard industry training for safe firearm use. While gun protection advocates could argue that most permits require training, the requirements vary by state. Additionally, any weapon in the hands of an inexperienced person can quickly turn a defender into a victim.

Failure to comply with company gun policy can cause you to lose your job, so make sure you know where your company stands on the issue. Owner-operators have the most discretion when it comes to carrying firearms for protection.

Some drivers opt to carry tasers rather than firearms to bypass the red tape. The defensive devices still pack a punch, but they are legal in 45 states. If you decide you need a gun to protect yourself on the road, there are a few things you should know.

Regardless of your position on the issue of carrying a concealed handgun on the road, it is important to keep yourself safe. Investigate your route ahead of time to minimize the risks of unsafe parking. Consider bringing along a dog for both companionship and protection.

Finally, if you choose to carry a firearm, know how to use it. Regular practice at a firing range and being familiar with proper stances and firing techniques can prevent attackers from turning your weapon against you.