A speed limiter, also known as a “speed governor,” is a device that limits a vehicles speed using the engine’s computer and electronic sensors. 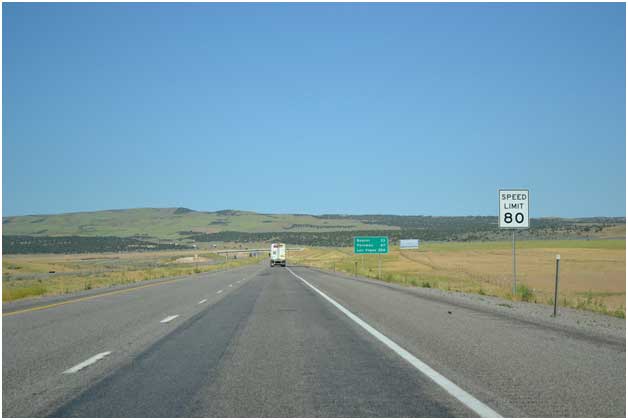 The electronic sensors detect the vehicle’s speed, then relays that information to the engine’s computer. When the chosen top speed of the vehicle is reached, the computer then keeps the vehicle from going over that top speed by controlling the air flow, fuel, and sparks that are needed for combustion in the engine. Many trucking companies restrict their driver’s speeds using the ECM setting. Companies do this for insurance liability’s, safety, and fuel efficiency. Of course, the environment is a factor because the more fuel consumed, the more pollution produced.

Speed limiters are on many vehicles including passenger cars, high-performance vehicles, and larger commercial vehicles such as heavy trucks, buses, and trailers. Different engines may have its own pre-determined top speeds. Speed limiter regulations vary across the states; some towns or cities post their own. There are trucks that have a lower set speed than passenger vehicles. For instance, depending on the area, whether it be urban or rural, truck speeds can range from 35 mph to a maximum speed limit of 85 mph. In some locations speeds are even set differently depending on the time of day, like 65 mph during the day and 55 mph at night.

When will the Speed Limiter Rule go into Force?

The rule was first proposed in 2006 and again in 2011.The National Highway Safety Administration (NHTSA) began looking at making these speed limiters mandatory on heavy trucks, but it is said that it probably will not take effect until 2018. On August 26, 2016, the NHTSA announced their proposal for new speed regulations and putting speed limiters on trucks weighing 26,000 lbs or more. It seems that the top speed cannot be agreed upon. The NHTSA is considering 60, 65, and 68 miles per hour, but will also take into consideration other top speeds. The NHTSA, Federal Motor Carrier Safety Administration (FMCSA), and the Insurance Institute for Highway Safety (IIHS) reported that, although large trucks are in fewer accidents than other smaller vehicles, these accidents are more fatal. According to the latest data from the FMCSA, almost 4,000 deaths in 2014 were caused by large trucks and buses.

Pros and Cons of Speed Limiters

The main reason stated for the proposal of speed limiters on trucks, is safety. Saving lives seems well worth lowering the speed on trucks. For a smaller passenger vehicle, it is scary when a large truck goes zooming by you on a highway at 80 mph.

States have set higher and higher speed limits across the nation, but this does not change the fact that larger vehicles need more time to come to a complete stop. So, if a truck is going down the highway at 80 mph and a car slams on its brakes or tries to change lanes in front of that truck, a collision is very likely. Whereas if the truck was only going 65 mph, it would lessen the chances of a collision.

Not only is safety a factor in this new regulation, but the environment is as well. With lower speeds comes lower fuel consumption, leading to lower CO2 levels. This would also lower the cost for trucking companies because the fuel consumption and fuel stops would be less. Trucks that travel at a slower speed also reduces wind drag, which can affect fuel efficiency. The income loss of some companies would be offset by the fuel savings. The faster a truck goes, the more wind resistance increases, the more fuel is being burned. Also, it is logical to believe that a trucking company’s insurance will go down because the chances of accidents will likely go down.

Those who oppose this new regulation proposal would beg to differ with just about all the pros. Some believe that lowering the speed of trucks would decrease road safety. This is because trucks would be going slower than other vehicles on the road, it could cause accidents when other vehicles try to pass the slower trucks.

Some feel that this rule is just another way for the government to have control over trucking companies. Some even go as far as saying that reducing truck speeds could lead to higher chances of road rage which would lead to more collisions.

Road congestion is also a concern. If a truck is on a two-lane highway and tries to pass another truck going the same speed, or even having a difference of 1-2 miles per hour, it would congest the highway. Although, this is trying to be taken care of on larger 3-4 lane highways, with the numerous amounts of trucks traveling, congestion could still be a problem. Profit is also a concern for the companies and drivers. With delivery time playing a huge roll in payment, slower speeds would mean less miles traveled per day, leading to slower delivery time.

Keep in mind, we cannot always change the rules, but as drivers we need to keep our head while driving. Be conscientious of other drivers on the road if your truck is bound by a speed limiter. We all have a place to be, and to be there safe. 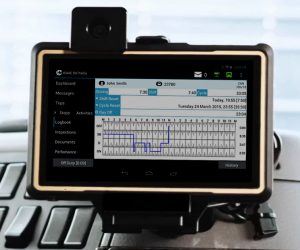 Are you worried that the new Electronic Logging mandate will impose on your privacy? ...
Read More

In our last article, we discussed the approval from Congress for the new MAP-21 ELD Mandate, what it means for drivers and the ass...
Read More 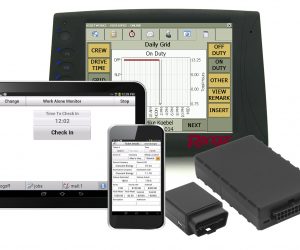 While most of you already know about the Electronic Logging Devices (ELD) Mandate, here is a brief background and a more in-depth ...
Read More