To maintain a CDL, truck drivers are required to take a DOT medical exam, either yearly or bi-yearly. 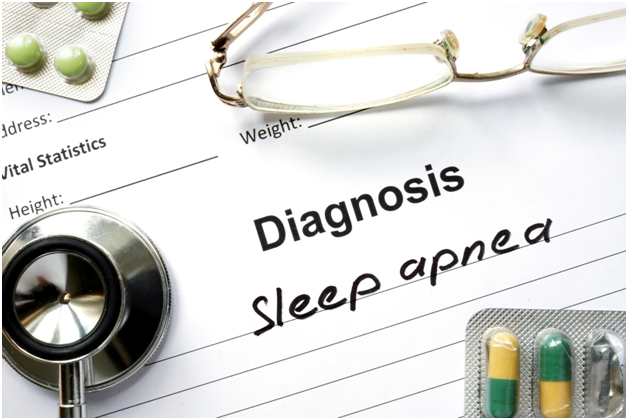 Usually, truck drivers that require an annual exam have certain risk factors that need to be monitored by a physician. High blood pressure, heart issues, and age tend to be factors that encourage yearly testing. However, in the recent years, sleep apnea has become a very pragmatic issue in the trucking industry and is causing concern for truckers.

Sleep apnea is a common sleep disorder that is characterized by brief interruptions of breathing while sleeping. While sleeping, the tongue will fold back and block the air flow from entering the lungs. This disruption can repeatedly occur throughout the night and may last up to a minute each time. Those who have sleep apnea are often tired even after several hours of rest. The main symptom of sleep apnea is excessive daytime sleepiness.

Additional symptoms of sleep apnea include

Many doctors will measure the neck and base a diagnosis on the measurement of the neck alone. The symptoms mentioned above can be present in many conditions. Having these symptoms doesn’t mean a person has apnea. These are just commonly noticed symptoms associated with sleep apnea.

Lack of proper rest may interfere with a trucker’s ability to focus, increasing the risk of an accident. While this can sound extreme, most people are unaware that he/she will stop breathing hundreds of times through their sleep pattern each night.

Several risk factors can increase the development of sleep apnea. This condition doesn’t discriminate as it can affect men, women, and children. Being overweight can also increase the risk. While some who are at an average weight can still have this condition, obese people are at four-times more likely to have sleep apnea.

Smoking can increase a person’s chances of this condition because of possible fluid retention and inflammation often brought on from cigarette smoke.
Alcohol and pain medications can relax the muscle tissue in the throat elevating the risk of apnea.

Also, a family history also influences that there is a good chance of developing this condition.

During a DOT examination, the doctor will look for signs of sleep apnea. If symptoms are present, some doctors prefer to send their patient to a sleep center for diagnosing sleep apnea. The screening usually requires the patient to stay overnight. Monitors are used to record your heart rate, oxygen levels, and breathing patterns.

This form of sleep apnea testing can be expensive and may not be covered by your insurance. Some doctors will suggest the patient do an at home sleep study. This type of screening is similar as the one performed at the sleep center but without the expense. The patient records heart rate, oxygen levels, and breathing patterns in the comfort of their home. The results of both forms of testing will help diagnose the condition.

Once diagnosed, a C-PAP machine may be issued to the patient. A C-PAP machine provides a constant stream of forced air. This allows you to receive air throughout the night and helps lessen the delayed breathing.

Sleep apnea treatment are usually based by the severity of the symptoms.

It is no surprise that the FMCSA is trying to implement sleep apnea screening for all CDL carriers who may be at risk. Commercial pilots must submit to such testing, yet this stipulation has yet to effect truck drivers and railroad workers. The reason for screening would potentially lower crashes from driver fatigue. There is a standing issue among truck drivers and many doctors due to test regulations. The attending physician typically decides whether further testing/sleep studies are required.

Sleep apnea causes interruptions in a person’s sleep pattern. Lack of sleep can lead to drowsiness and slow reaction to unexpected traffic situations. While driving, any vehicle requires an alert driver, truck drivers are typically going down the highway at the tune of fifty to eighty thousand pounds. Reaction time is key and may be lessened if the driver is groggy.

Sleepiness, dull response time and lack of concentration are all side effects of sleep apnea. A crash can occur in the blink of an eye. The country depends on the truck drivers to deliver goods that we use in every aspect of our lives. Sleep apnea can hinder the driver’s ability to function safely. Safety should be first and foremost.

Keep yourself safe as well as others on the road and see your doctor if you feel as if you have undiagnosed sleep apnea or the symptoms.

How Truckers Can Enjoy Holidays –

The holidays can be a lonely time, especially if you are spending them away from family and friends. ...
Read More