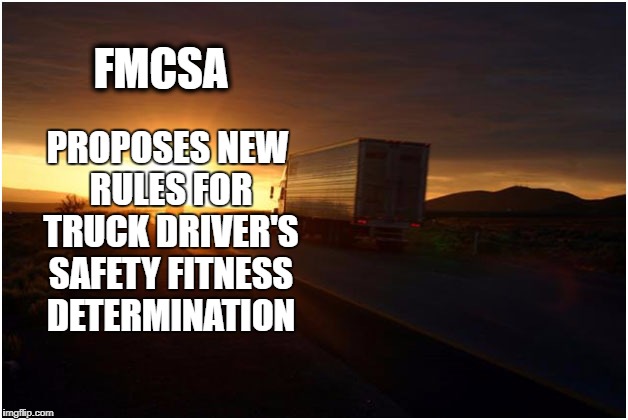 The current three-tier Safety Measurement System (SMS) has been in place since 1982 and rates carriers as satisfactory, conditional, or unsatisfactory.

One reason for the proposed changes is greater oversight. The regulatory agency notes that current regulations could allow “carriers with a conditional safety rating to operate indefinitely.” Proposed changes would also enable the FMCSA and state agencies to use a broader range of data in determining whether a carrier should be allowed to operate.

The proposed safety-fitness rule changes include these stipulations:

FMCSA also asserts that the new standards would be more objective. Carriers would be subject to an “absolute failure standard” rather than compared to other carriers. This means that the same rules apply across the board.

SFD regulations have met with primarily negative reviews from the transportation industry. Trucking organizations have listed a number of concerns regarding the proposed changes.

FAST Act Compliance Issues
Provisions within the Fixing America’s Surface Transportation (FAST) Act requires an overhaul of FMCSA safety data. The bill was signed into law by President Obama in December 2015. Congress ordered FMCSA to remove BASIC percentiles and alerts from public view and banned using the data for rating carriers until the system is FAST Act compliant.

Safety-fitness rule opponents say that FMCSA is using the same data to develop SFD evaluation standards, a clear violation of the Congressional mandate. However, the regulatory agency insists that its use of the data doesn’t violate FAST Act requirements. In an April media briefing, Joe DeLorenzo, FMCSA’s head of enforcement and compliance, asserted that the act only mentions the data in question to “give context.”

Potentially Inaccurate Data
SFD rule concerns voiced by trucking organizations regarding the use of SMS data may have validity. An analysis performed by the Alliance for Safe, Efficient and Competitive Truck Transportation (ASECTT) backs up the claim that the information behind safety-fitness guidelines is flawed. The agency looked at carriers that would have been deemed “Unfit” according to 2011 numbers. Over half of the carriers who stayed in business for at least a year after their “failed” inspections recorded zero crashes in that 12-month period.

The number of safe “failed” carriers jumped even higher when owner-operators and small carriers with 5 or fewer trucks were considered. Over 75 percent of this group operated safely in the 12-month period after their violations.

Not everyone objects to the suggested rule changes. The two-tier rating system could clear owners who have fixed issues that resulted in limited operation (out-of-service order) but are stuck waiting for a second audit to return to satisfactory status.

However, most major carriers and top trucking groups insist that Compliance, Safety, Accountability (CSA) reforms are necessary before they could support new regulations. 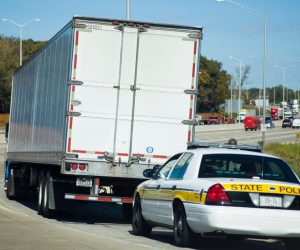 The United States Constitution is only slightly older than the debate over states versus federal rights. <https://www.nonforced...
Read More