Technology experts are predicting driverless trucks will roam American streets within the next decade. 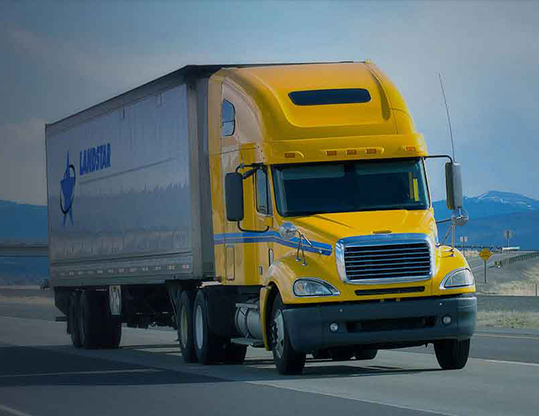 These are more than idle words; investors and companies alike are backing their bet with venture capital. According to data from CB Insights, a company that tracks startup investments, the autonomous vehicle industry will spend over $1 billion on self-driving technology by the end of the year. That is ten times the amount spent on the same developments in 2014.

Self-Driving Technology’s Impact on Truck Driver Jobs
Economist Noël Perry works for FTR Research, a firm that tracks the logistics industry. In a November 13 article for Business Day, he acknowledged that self-driving technology would have a huge impact on trucking. “This is the most powerful thing to hit… [the transportation industry] since the building of the superhighways in the 1950s,” he said.

Responding to Truck Driver Turnover
These technological advances are not necessarily a bad thing. The trucking industry has a yearly turnover rate that regularly reaches 300 percent. The high turnover is due to multiple factors. First, young drivers entering the workforce prefer local routes to long-haul runs. Second, trucking is one of the most regulated industries in existence. Finally, the job involves long hours and hard work for little pay.

It is little wonder, then that fewer long-haul drivers tough it out each year. Analysts describe a 50,000-person shortage in long-haul driving, which involves some 800,000 jobs. The gap is increasing; the projected driver shortfall is expected to grow to 175,000 by 2027.

But what if a company on the cutting edge of self-driving technology chose to partner with drivers instead of replacing them? That is the premise behind 22-year-old Alex Rodrigues’ Embark. His business model involves human-robot partnerships.

Self-driving technology works great on long, straight stretches of highway, where speeds are consistent, and there are few obstacles. Navigating city streets is a different story; one that is too complex for the technology to master at this point. Rodrigues’ solution involves hand-off depots outside cities, where skilled human drivers take over for the last few miles. And it works. Embark began test runs for Frigidaire in November, effectively partnering human and robot drivers.

Developing Cutting-Edge Technology
The system is still in the learning stages. For now, Embark’s test trucks have a three-person team on board. Two drivers switch off in shifts, ready to take the wheel if the truck’s programming does not respond in time to changing road conditions. An engineer adjusts the programming code as necessary, improving the vehicle’s navigation and handling. One of the drivers takes over steering on crowded city streets.

This model could reshape the trucking industry. Embark’s regional hubs eliminate some of the major objections new truck drivers have. Instead of driving long miles and spending even longer weeks away from home, drivers could work locally. It is this innovation, Rodrigues believes, that will add jobs to the trucking industry rather than eliminating them.

There are several concerns regarding the safety of self-driving trucks. For instance, motorists sharing the highway with autonomous vehicles could become dangerously distracted. Hacking is another potential problem; hijacked trucks could cause accidents, or high-tech thieves could use remote piloting to steal cargo.

Human Error a Primary Factor in Serious Crashes
Self-driving trucks do not text and drive, drink, do drugs, or get tired. Data from the National Highway Traffic Safety Administration (NHTSA) indicates that 37,461 lives were lost on American roads last year. That is a 5.6 percent increase over 2015 data. The NHTSA links as much as 94 percent of serious crashes to driver error.

Considering these facts, it is not hard to imagine that driverless vehicles could result in safer highways. Advocates of self-driving technology estimate drastic cuts to the number of highway fatalities once driverless vehicles become mainstream. On the other hand, the technology will likely reduce, not eliminate accidents. It remains to be seen how the courts will handle the first fatality involving a driverless truck.

How Soon Will We See Driverless Trucks on the Roads?

Driverless trucks are already here. Embark is not the only company testing self-driving technology within the transportation industry. Ride-sharing giant Uber parented Otto earlier this year, a division entirely dedicated to driverless trucks. San Francisco start-up Starsky Robotics has been testing self-driving freight deliveries in Florida for the past two years. Industry experts predict driverless rigs will be a normal sight on US roads within the next decade.

Higher Costs of Driverless Trucks May Slow Their Arrival
Safety is not the only concern that could slow implementation. The expense is also an issue. New trucks cost a minimum of $150,000 and have an expected 30-year life per vehicle. While it is true that self-driving trucks could slash fleet overhead and increase productivity, changeover costs would be prohibitive for all but the largest fleets. Mid-size and smaller companies may replace a truck at a time or wait for the new technology to become more affordable.

Silicon Valley strategists are at least partially correct in their 10-year estimate. The first driverless trucks should appear in the market by 2025. However, full automation is still decades away. The trucking industry still needs truck drivers – at least for now.