The Department of Transportation (DOT) and the Federal Motor Carrier Safety Administration (FMCSA) modified medical guidelines that diabetic drivers must meet. These guidelines are a part of the requirements for obtaining an interstate Commercial Driver’s License (CDL). 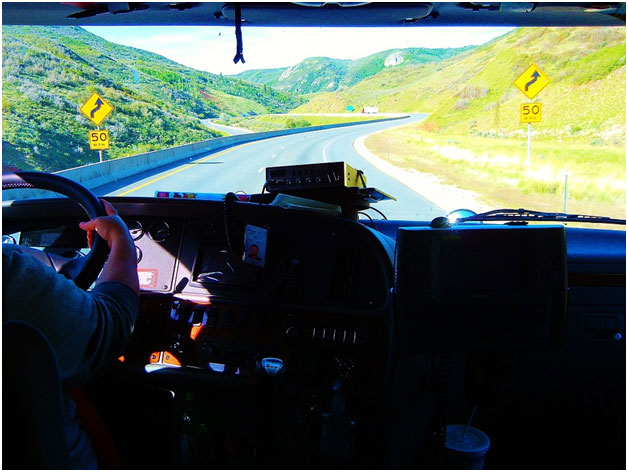 Previously, truck drivers with diabetes had to show they have not had a diabetic episode for at least three years to qualify for the Diabetic Exemption Program. Since the program was revised, this qualification no longer applies.

Below you will find the new DOT regulations for prospective drivers with diabetes.

The first Diabetic Exemption Program was established in 2003. The program contained a long list of stipulations that made it difficult for diabetic drivers to qualify for their CDL. These stipulations kept many capable drivers from employment with interstate trucking companies.

One of the main DOT regulations that held diabetic drivers back from qualifying for the Federal Diabetes Exemption Program was the three-year rule. This rule states drivers with diabetes must have a three-year driving record without a diabetic episode and must have been on insulin for that time. This rule prevented nearly all potential drivers with diabetes from meeting the old DOT regulations. Between the years 2003 and 2005, four exemptions were granted for diabetic drivers.

On November 8, 2005, the FMCSA overturned some of the 2003 Diabetic Exemption Program rules. The agency made important changes by opening the road to more drivers who have diabetes. The FMCSA began accepting applications for the revised rules on September 22, 2005.

The FMCSA diabetes panel is currently reviewing the physical standards of qualifications. There are several steps to the process. All considerations and amendments must be reviewed and approved by the FMCSA medical board and Chief Medical Officer.

The DOT and FMCSA have discussed the possibility of doing away with the Diabetic Exemption Program. However, the program’s abolishment is not set in stone. For now, drivers with Type 1 or Type 2 diabetes must apply for the exemption to drive commercial vehicles on out-of-state highways.

How to Apply for the Diabetic Exemption Program

Diabetic drivers who apply for the exemption should download a copy of the application, which is available on the FMCSA website. It could also help if you were evaluated by an ophthalmologist or optometrist and an endocrinologist. These doctors must provide specific information regarding your diabetes. The agency may request additional information as well.

Implementing Changes in the DOT Program for Diabetic Truck Drivers

The 2005 DOT regulations for the Diabetic Exemption Program follows the recommendations of the FMCSA Expert Medical Panel. The panel recommends that insulin-dependent drivers be on medical observation during the first 1 – 2 months of driving. The medical board also suggests that the driver’s A1C levels remain between 7 and 10 percent.

There are some requirements that diabetic drivers must meet before being eligible for the Diabetic Exemption Program. The process consists of three stages: the initial screening, a medical examination, and continued monitoring. This process is better explained below:

Initial screening
During the initial screening, the driver is monitored. The driver’s safety record is used to determine if they can safely use insulin while operating a commercial motor vehicle (CMV).

Medical examination
A medical examiner observes the driver’s medical history to determine if there is any indication of hypoglycemia. Next, the driver will undergo a complete physical exam. After the exam, they will be given information to help manage their diabetes while driving a CMV. The driver may be given supplies to help maintain their blood glucose levels.

FMCSA is beginning a National Registry of Certified Medical Examiners (NRCME). These examiners will be qualified to handle all the DOT medical exams for diabetes, including examinations for those with diabetes.

FMCSA monitoring
Diabetic drivers must also submit to a diabetic monitoring program. Each driver agrees to monitor and report their insulin schedule, any severe hypoglycemic episodes, or accidents.

There are a few ways a driver can be disqualified from the exemption program. If a driver has more than one diabetic event within a year or more than two diabetic events within five years of applying for an exemption.

The following events are considered diabetic reactions or episodes.

Secondly, a diabetic driver can be disqualified if there is evidence of organ damage because of progressive diabetes. Organ damage can include macular degeneration, congestive heart failure, strokes, retinopathy, vascular disease, peripheral neuropathy, or kidney failure.

The law gives the FMCSA 180 days to review and either grant or deny an application for the exemption. However, there are specific stipulations that can affect the turnaround time of an application. The application process can take longer if the request is incomplete, if further medical testing is needed, or duplicate medical documentation is needed.

After the FMCSA had made their decision, they will post a notice in the Federal Truck Driver Safety Registry. The notice will remain in the registry for 30 days to allow the public enough time to comment on their approval or concerns about the driver’s safety. Once the agency reviews the public opinion and makes a decision, the driver receives an acceptance or denial letter through the mail.

Truck drivers have an increased risk of developing diabetes over time. With proper eating and exercise while out on the road, drivers can lower their risk of diabetes.

How Truckers Can Enjoy Holidays –

The holidays can be a lonely time, especially if you are spending them away from family and friends. ...
Read More