America’s roadways are becoming more congested. The importance of being an attentive driver also increases. Some drivers may think advances in technology have made driving a more relaxed experience. 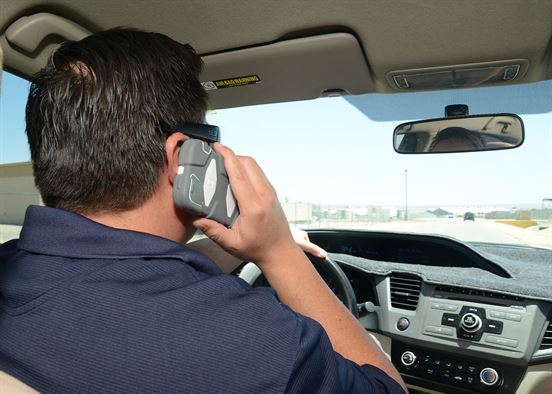 Consequently, these advances have created dangerous situations because drivers have become distracted. As an owner/operator working with a reputed trucking company, the driver should be fully aware of the effects of distracted driving. The goal for any vehicle operator is to have an accident-free record. While driving resist distractions such as:

According to distraction.gov, an estimated 421,000 individuals were involved in or injured in a motor vehicle crash that involved a distracted driver in 2011. The following are a few statistics that reveal poor driving habits which can cause the tragic effects of distracted driving.

Even though the above is directed mainly towards the younger aged drivers, it is across the board for all drivers, including truck drivers. Truck drivers are not excluded from distracted driving caused from cell phones and other forms of technology. When driving, use caution and common sense before starting out on your trip.

Only use your cell phone when stopped.
Just about everyone owns a cell phone and has even received a call while driving. However, putting the phone on silent can help resist the urge to answer. Or, if you must make/take a call, pull over. Trying to drive with one hand, while reaching for or answering the phone is considered a major distraction that takes your attention away from the road. There is a time and a place for texting, emailing, calling and social media and on the road behind the wheel is not the place. Even hands-free calling isn’t 100% safe; it still takes your attention off the road. However, if you must make a call, invest in a hands-free device.

Plan you route accordingly.
Use the GPS or online mapping before heading out on the road to get a feel and basic understanding of where you are headed. If needed, pull off the road to study the map before getting into rush hour traffic or taking the wrong road. Make sure to secure your GPS in a place that doesn’t make you take your eyes off the road. The center dash within a 30-degree view of the windshield is a good place to mount the GPS.

Drive rested.
If you are feeling too tired to drive, pull off the road. Do not try to force your eyes to stay open. If you are near a rest area, splash water on your face, walk around or take a nap. Trying to get home faster to beat falling asleep requires more effort to control the car, and doing so could cause a wreck.

Secure your equipment.
Prioritize what equipment is important that is needed while driving. Place the most important items closest to you. Use your storage compartments to store loose or extra belongings that might get in the way or distract you while driving.

Resist the urge to eat while driving.
Preparing to eat, eating, and putting food or wrappers away is also considered a distraction. Let’s face it, we have all started to bite into that big juicy cheeseburger and wore half of it down our shirt or into our lap. This can cause drivers to take their eyes off the road. The time you think you’ll be saving by eating on the run is often lost to the distractions that it causes.

If there is anything that is distracting you from driving, do not try to fix it while operating a vehicle. Instead, pull off at the next safe place and handle it then. While this information is helpful in being aware of the actions of other drivers, it should also help keep individuals mindful of their own actions. Driving conditions and situations can change in the blink of an eye, leaving very little to zero room for error. When truck drivers are prepared and aware, they can avoid being the cause of, or the victim of the dire effects of distracted driving. Staying focused and attentive will help keep the highways safe and productive.